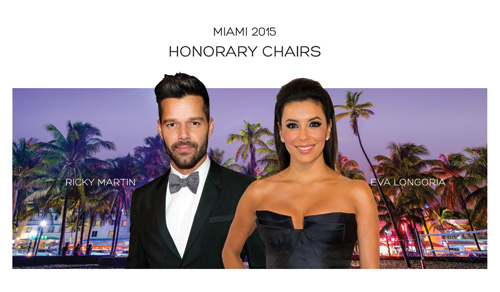 On December 3, 2015 the Global Gift Foundation USA launched its Initiative for the first time in the United States alongside the event’s Honorary Chairs Eva Longoria and Ricky Martin during Art Basel at The Related Group’s Auberge Residences & Spa Miami located at 1400 Biscayne Blvd., Miami, Florida.

During the awards ceremony Mr. Jorge M. Pèrez Chairman, and CEO of The Related Group was awarded the prestigious Global Gift “Philanthropreneur” Award. The 2015 Global Gift Initiative - Miami was in support of The Eva Longoria Foundation, The Ricky Martin Foundation and the GlobalGift Foundation USA.

With the support of the Miami community, the foundation was able to support several women, children and families not only locally but across North America.